This homeowner knew that their 20-year-old roof was nearing the end of its life. During the HVAC annual check, they noticed a small leak and thought about repairing it. After giving it some thought, the homeowner decided that because the roof was 20 years old, it would be in their best interest to replace it. The crews showed up at 7 am and immediately went to work on removing the old roof and cleaning up the debris. The team replaced 28 squares, 3 skylights, 4 vents and removed an old attic fan. The old attic fan was causing some mold issues around the HVAC unit in the attic. Once the fan was removed, the homeowner no longer needed to worry about mold growing and circulating throughout their home. The crews then installed the new roof with the proper waterproofing system in one day and the homeowner had a brand new roof by 3:00 pm! 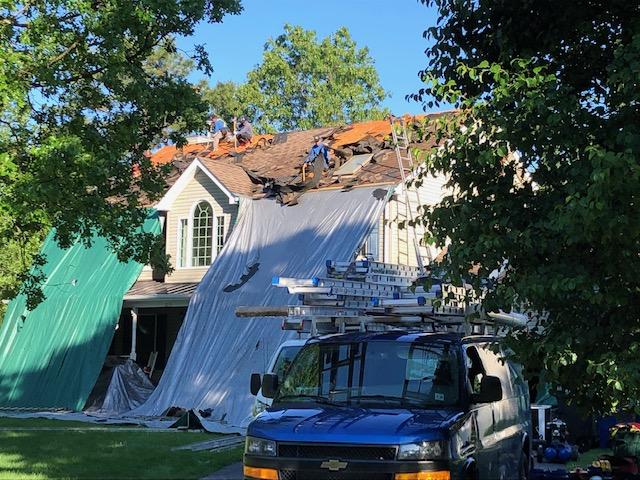 Prior to removing the old shingles, the team installed tarps around the house to protect it and make sure that the shingles would not end up in their landscaping. 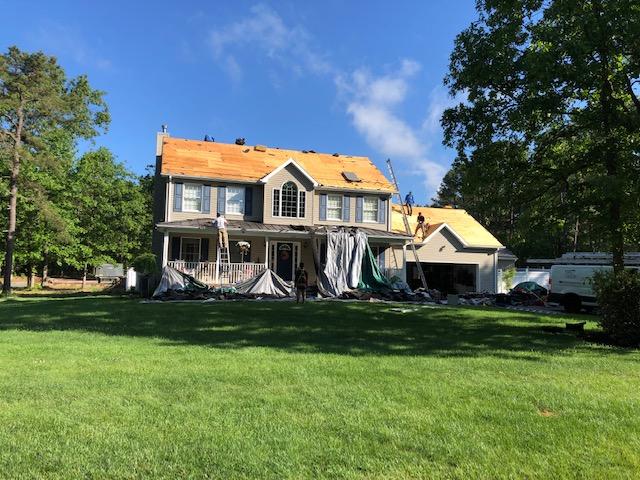 Once the old asphalt shingles were removed, the team replaced the plywood decking that had begun to rot. 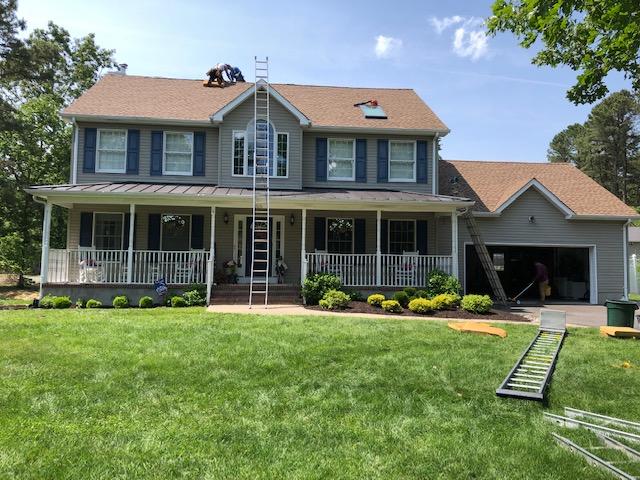 The end result? A beautiful new roof that fully protected the home and the family.

Back to Previous Page

We serve the following areas 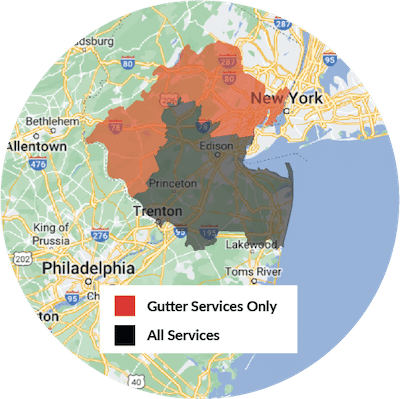